Cheraw is Dizzy with Jazz 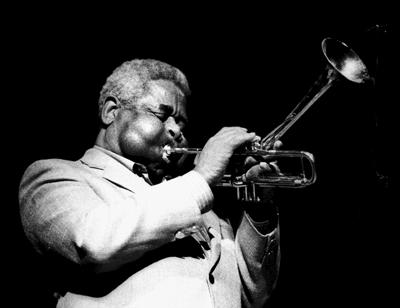 Not many towns can boast of having a native son that was invited to perform at the White House by eight presidents from Dwight Eisenhower to George Bush.

Jazz king John Birks “Dizzy” Gillespie was born in Cheraw in 1917. “Dizzy” was a founder of modern jazz, an innovative trumpeter known for his bent horn, bulging cheeks and sense of humor. Gillespie, who was famous around the world, almost always opened his performances with “I’m Dizzy Gillespie from Chee-raw, South Carolina.”